Moonriver - What do you know about this Project?

Moonriver was designed by the Moonbeam Foundation to provide an Ethereum-compatible blockchain environment on the Kusama (KSM) network. Moonriver is designed to run as a parachain atop Kusama, allowing crypto projects to reach out to new customers and markets by using a multi-chain method.

Moonriver is meant to serve as a "canary network" for Moonbeam on Polkadot, which means that new code would be sent to Moonriver first, where it could be tested and verified in real-world situations before being sent to Moonbeam.

Moonriver is Moonbeam's sister network. Moonriver is a comprehensive Ethereum-like ecosystem that works with industry-standard Ethereum tools, dApps, and protocols, similar to her sibling.

Moonriver is a companion network to Moonbeam that provides a canary network that is always encouraged. The new code is initially sent to Moonriver, where it may be tested and confirmed in real-world scenarios. The same code is sent to Moonbeam on Polkadot once it has been confirmed. Projects can stay and run on Moonriver, too.

Moonriver provides a platform for testing new programs in real-world scenarios. Moonriver receives a new code first, so it may be checked and verified. The same code is sent to Moonbeam on Polkadot once it has been confirmed.

Moonriver will continue to exist as a parachain on Kusama, with its own projects and unique use cases, even though it will share much of its software with Moonbeam.

On Kusama, Moonriver claims to have the most active DeFi ecosystem. As a simple approach to contact people and assets in the Kusama ecosystem, DeFi projects are choosing to launch on the Moonriver smart contract platform.

This network supports a rich ecology of NFTs, games, and other dApps. As a simple approach to contact people and assets in the Kusama ecosystem, more NFT projects are choosing to deploy on the Moonriver smart contract platform.

Users can now collect Ethereum-compatible NFTs from a number of Moonriver markets, games, and collections. MyNFT, NextGems, Juicer, Staking Saloon, and Banksea are some of the network's most well-known projects.

The network's utility tokens are Glimmer (GLMR) and Moonriver (MOVR). Moonriver is a decentralized smart contract system that requires a continual supply of MOVR currencies or tokens to function properly. This token is critical to Moonriver's architecture, and its removal or scarcity could jeopardize the platform's major working components.

Moonriver began with a total token supply of 10 million MOVR, with a portion of that amount held aside to ensure the network's parachain space on the Kusama network. A major portion of the network was also evenly distributed as part of the original crowd financing. The remaining funds will be distributed to Moonriver project members and held by the Moonbeam Foundation to aid future protocol and infrastructure management.

How do I use Moonriver on MetaMask?

First, you should install MetaMask from the Chrome store with the default settings. Follow the Get Started guide after downloading, installing, and initializing the extension.

If you already have MetaMask installed, simply follow this link to connect MetaMask to your network. To avoid frauds and account breaches, it's best to link your network to your MetaMask via the official website.

Kusama is a network that was created as a high-risk, fast-moving 'canary in the coal mine' for Polkadot. It's a scalable network of specialized blockchains built on Substrate with a codebase that's roughly identical to Polkadot. The network provides an experimental development environment for companies looking to innovate quickly on Kusama or prepare for Polkadot deployment.

For developers looking to go from Ethereum to Polkadot, Moonriver could be the best option. Moonriver, as a smart contract platform, enables developers to redeploy their Ethereum decentralized applications on a substrate environment with minimal friction. 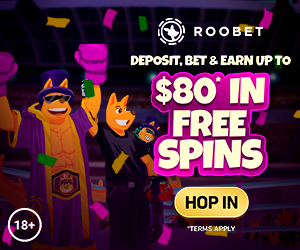